The first thing I will cover is making video games, because it actually covers many of my hobbies. I get to make 3D models, animate those 3D models, study pictures of scenery and buildings to work on the background and assets for my game. I also like writing stories and poems, so I get to write the game’s story. It also covers my love of making music since I get to write the game music. Finally, I get to design all the mechanics (rules) for the game which is the part I enjoy the most. The only part I don’t enjoy about making video games is the programming. It takes a long time, is boring, and I’m just not very good at it also.

Music is the best for me. I’ve been playing instruments and making music from 2008 or 2009. My first two instruments were guitar and drums. I got my first guitar out of the garbage. And I played drums at my school in band and after school for fun. When I grew up, I got other instruments that were broken or second hand. My favorite instruments are the guitar, piano (synthesizer), and drums.

I also like photography. I’ve been an amateur photographer since 2010 when I got my first camera. It was a lime-green waterproof Fuji film camera. I mostly like to take pictures of nature, flowers, old buildings, and empty places.

I love playing with and training dogs. In America I had a mixed dog. Her name was Daisy and she was half husky, half German shepherd. I taught her to sit, shake, lie down, and speak! Now I have a cavalier King Charles spaniel. His name is Scott. He is 7 months old but already knows how to sit, lie down, speak, stay, fetch, roll over, and hide! I love going on hikes with dogs!

This year I am going to take the Japanese Language Proficiency Test (Business Level/N2). I really enjoy studying Japanese, especially Kanji! Kanji is very cool! The reason I started studying Japanese and came to Japan is because of Kanji. I imported a game called “Dark Souls” from Japan and had a notebook where I would write down the kanji and the English meaning to understand the story. I thought kanji looked cool, so I started studying!

Lastly, I like Bush-Craft! Bush-Craft is camping but very difficult! You only take a few hand tools (axes, saws, cordage) and make a base camp! It is fun to hike off trail and look for a good spot to build your camp! Finding a river and dense forests are good for catching your own food！

That’s all I have for my hobbies! 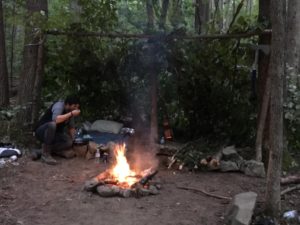 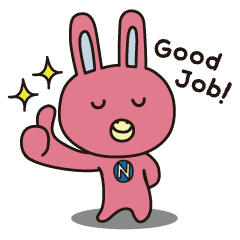